What a blessing to be able to share with you the activities of the Lutheran women throughout Victoria and Tasmania.

2019 Convention: St Philips Lutheran Church at Tarneit hosted the 53rd Convention on 4 May. The theme Walking in Wisdom Proverbs 2:6a, was the basis for the opening devotion led by Pastor Mark Winter and the Bible study led by Pastor Adrian Kramer, LWV/T Spiritual Advisor.

Faye Schmidt, the guest speaker, informed the 97 attendees about the work of the Prayer Shawl Ministry team at St Philips, who knit prayer shawls for those in need using a pattern called the Trinity stitch. At the time of Convention, ninety-seven shawls had been distributed.

Reports were received from LCA International Missions, LLL, Lutheran Media Ministry and ALWS as well as our LWV/T Treasurer and President, Stamp Collector, Retreat Committee President and the LWA President, District Church News, and an informative report from the Principal of Good News Lutheran College at Tarneit.

How wonderfully relaxing and enlightening it was to be entertained by Anna Muller, a harp therapist, who explained its therapeutic benefits.

Zone Rallies: The Hamilton Ladies hosted the Western Zone Fellowship Day on 10 April, using the theme of Trust. Various speakers spoke about Eventide Lutheran Homes and Hamilton Village, the Pickle Day fundraiser and the pastoral care given to the Independent Unit residents as well as the Pastoral Support services at the Good Shepherd Child Care Centre.

Retreats: These were held at Tandara Lutheran Camp at Halls Gap, Melton, Jeparit, Pakenham, Bendigo and finally at Araluen Lutheran Camp at Anglesea. With the theme of Your Kingdom Come. Robyn Kuchel, the Bible study leader, challenged attendees to examine their beliefs and actions in seeking God’s will in their lives.

2020 Coping with COVID: Early in the year, plans were finalised for the 54th Convention at St Paul’s Lutheran Church in Shepparton on 2 May with the theme of Living Water, John 4:14. The Retreat Committee also finalised the weekend and day Retreats beginning with Tandara, Halls Gap, in late May followed by Knox, Wangaratta, Rainbow, Launceston and another weekend Retreat in September at Araluen, Anglesea. The Bible study theme, to be led by Libby Jewson, was Women of Strength, based on Luke 1:38a. “I am the Lord’s servant,” Mary answered. “May Your Word to me be fulfilled.”

With the impact of COVID-19 and the subsequent lockdowns and restrictions, the decision was made to cancel Convention and the Retreats. Later, the Western Zone Fellowship Day and the Wimmera Mallee Zone Rally were also cancelled. Late in 2020, our Spiritual Advisor, Pastor Adrian Kramer, accepted a call to Canada. His advice, wisdom, service, and humour have been gratefully appreciated.

2021 Convention: What rejoicing there was this year in being able to hold the 54th Convention at St Paul’s, Shepparton on 1 May. The theme was Living Water, based on John 4:14. The opening service was conducted by Pastor Matthias Prenzler who also led the Bible study based on the story of the Samaritan woman at the well in John 4:1–43. The 56 attendees were heartened listening to the story of the Shepparton congregation and Africa House and, later in the day, thrilled to be entertained by the St Paul’s Lutheran Church Choir. Reports were received from International Missions, ALWS, Grow Ministries, LLL, LWA President and the LWV/T treasurer, Retreat President and Stamp Collector. The day concluded with the closing service led by Bishop Lester Priebbenow, which included the installation of the incoming executive and our new Spiritual Advisor, Pastor Lucas Matuschka.

Retreats: Not having been able to hold any Retreats last year, the same venues were planned for this year, with Libby Jewson as the Bible study leader exploring the theme, Women of Strength, Luke 1:38a. The lockdown in late May and early June has already required alterations to be made to the advertised schedule.

Newsletter: After Kay Schultz resigned as our editor in 2019, Anne Hill became the acting editor before formally taking on the position at this year’s convention. The Newsletter has been a constant source of encouragement, information and reports, a vital link in keeping everyone connected.

To God be the glory, 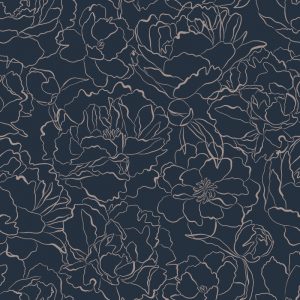