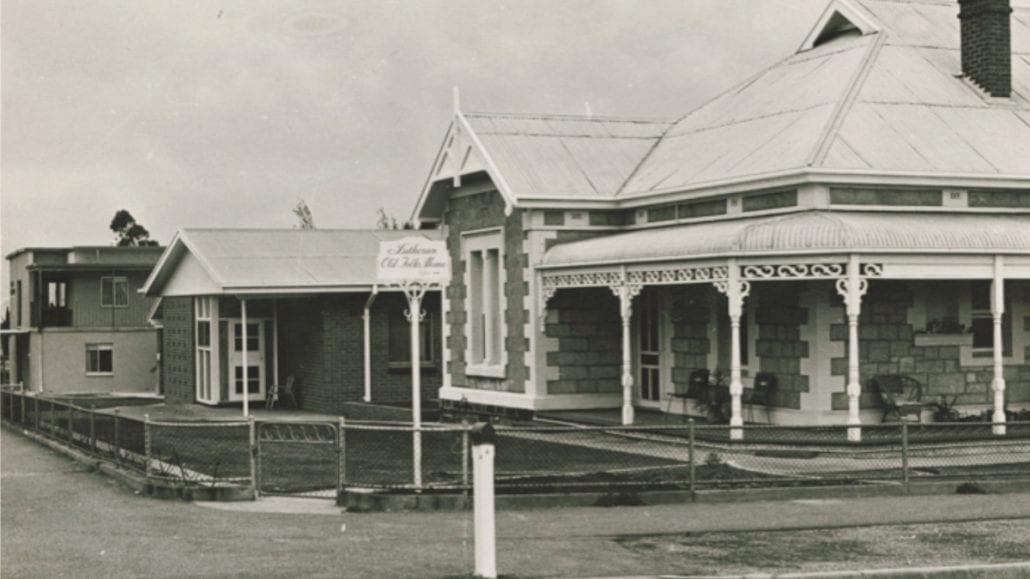 As the age of the population increases, so does the need for more aged care villages. More recently, greater diversity in the aged care sector has seen a greater offer of independent living, hostel or semi-dependent living, general nursing home care and secure nursing home facilities. The variety and scope provided is as varied as the number of operators providing these facilities.

Our readers are sure to be aware of the many aged care facilities that the Lutheran Church of Australia and New Zealand operate, providing not only attention to the residents’ physical needs but offering Christian love and spiritual care to those in the winter of their lives.

Fullarton Lutheran Homes in the beautiful, peaceful Adelaide suburb of Fullarton is one these facilities that has just celebrated 90 years of service, making it one of the oldest of its kind.

Established in 1928 under the auspices of the Australian Lutheran Aid Society, Fullarton Lutheran Homes initially rented a house for the purpose of Aged Care at 23 Edmond Street, Hyde Park.

Later, in 1931, the Society purchased the residence at 54 Fisher Street, Fullarton and transferred its work to this new site. Over the years, the complex has grown and now covers a large area, offering a full range of care for the aged. From its humble beginnings, Fullarton Homes has grown to offer contemporary and comfortable accommodation, as well as catering for those with special needs. Its website informs that there are 184 Residential Care beds, 11 Transition Care Program beds, 11 Serviced Apartments and 35 Independent Living Units. All this from the humble house originally purchased, and with more facilities either under construction or in planning mode.

Since the establishment of Fullarton Homes, Lutheran Women of South Australia, and more recently Northern Territory, (LWSA-NT) have taken a keen interest, providing countless volunteers who have served to improve and enhance the lives of the residents over the years. It is emphasised that not only Fullarton Homes have benefited from the women’s help. Other facilities such as Glynde (Payneham), Hope Valley, Tanunda and Loxton are included.

At Fullarton, for example, our women volunteers visit the residents on a regular basis, including providing cards for each resident on their birthday; provide packaged honey biscuits for each resident at Christmas; help with lifestyle activities; and operate the coffee shop (Honey Pot) at the Home, to name a few activities.

In addition, an Auxiliary under the umbrella of LWSA-NT works with a representative from Fullarton Homes to convene a Fete each year held in early autumn and to administer money donated by our women to the home. 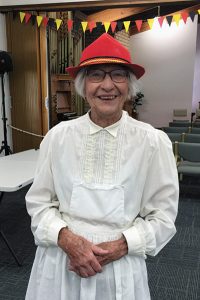 Fullarton Homes Committee treasurer Myra Materne got into the spirit of Freudentag by donning German costume.

This year was no exception. On Saturday March 16 a beautiful day greeted the workers as they gathered in the early morning to prepare for the crowds. Fullarton Freudentag, or Day of Joy, is a well-known activity at the Home and the many volunteers who gathered to help were looking forward to a successful day.

The German barbecue and baked potato stall, bric-a-brac, plants, cakes, produce and flowers, mettwurst and dilled gherkins, a coffee and cake station, and the Honey Pot did a roaring trade, as did the raffles.

Other local people paid for sites to set up their own particular stalls such as cards, craft, and cool drinks which added to the day.

A group of folk dancers and bell ringers entertained the crowd as they browsed the stalls and ate their lunch or sampled the ‘goodies’ on sale.

In the chapel, visitors and residents alike could pause for a rest and cup of coffee while enjoying a musical interlude on piano by one of the residents. 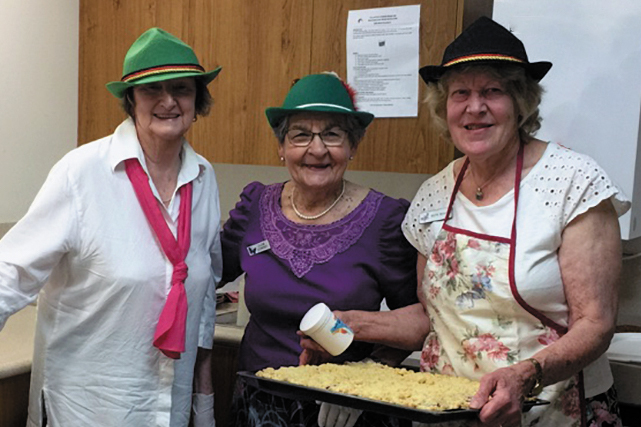 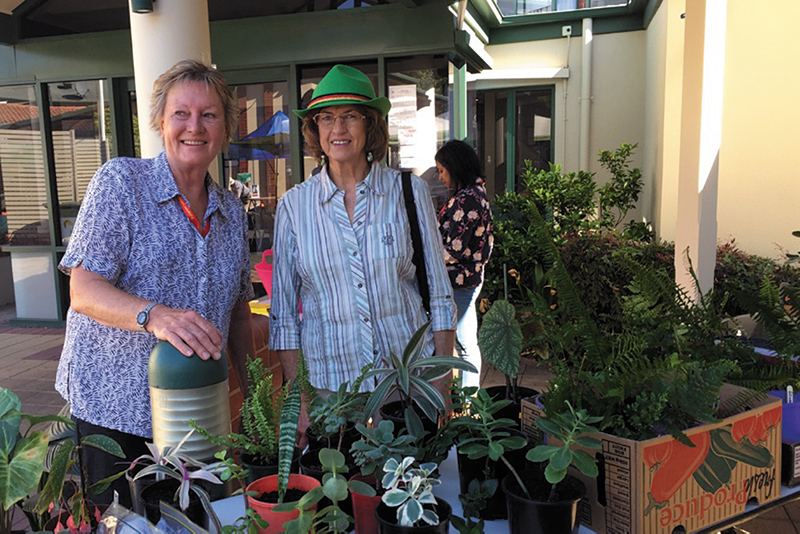 Committee Secretary, Naomi Muegge enjoyed a chat as she managed the plant stall.

To conclude the day’s activities the raffles were drawn (thanks to the many donors, including local businesses for prizes) followed by a most enjoyable concert performed by Adelaide Liedertafel.

Profits of the day were all donated to the Home to be used for the benefit of the residents, also always appreciated by the dedicated staff.

The many selfless hours given to facilities such as Fullarton Homes is evidence of our women’s commitment to service – and always with a smile. Their reward is in the gratitude in words and gestures of the aged in our communities.

The following recently appeared in the local periodical published by Fullarton Lutheran Homes for their residents:

‘FLH is most grateful to Lutheran Women SA for their substantial generosity toward the provision of eight innovative and discreet Bed Assist bed monitors for resident care here. These 24/7 monitors are installed under the mattress and connect to the nurse-call system. The monitors help detect a resident’s presence/absence and have the ability to measure heartbeat and breathing through the mattress. Clever, and useful, to be sure.’ 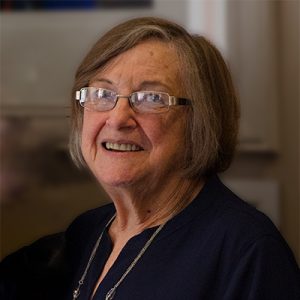 Grace has a passion for Lutheran Women of Australia, having served as President and Editor of Lutheran Women. She is a member at Bethlehem Lutheran Church, Adelaide SA and is part of the Editorial Team.