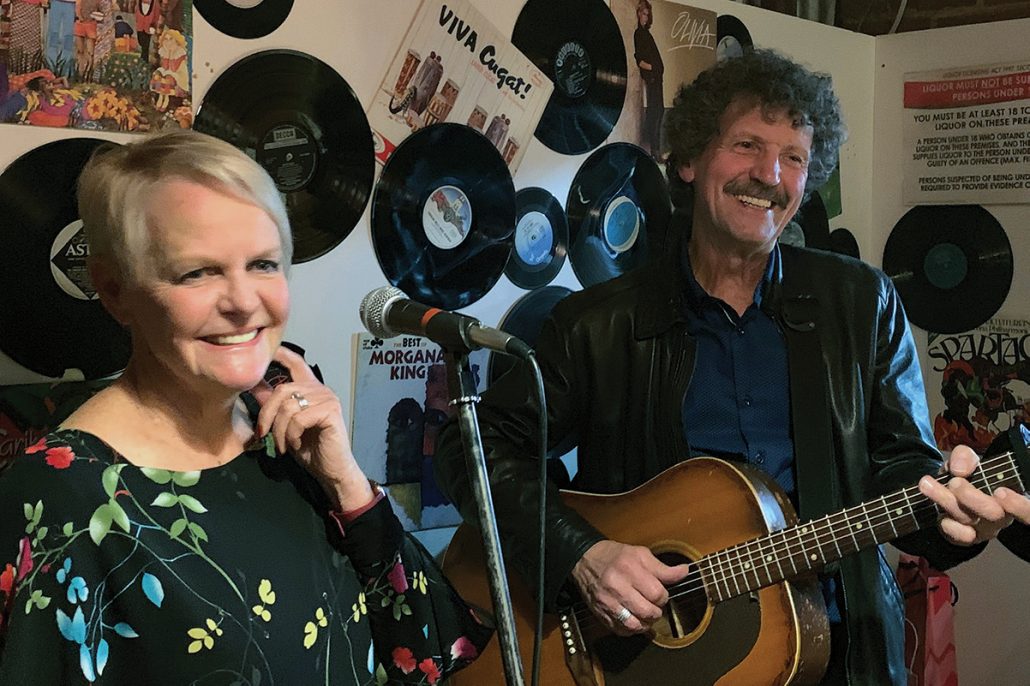 Years ago, a friend was introducing me to someone, and she said, “This is Dorothy Mann – you know, Mrs Father Welcomes”. 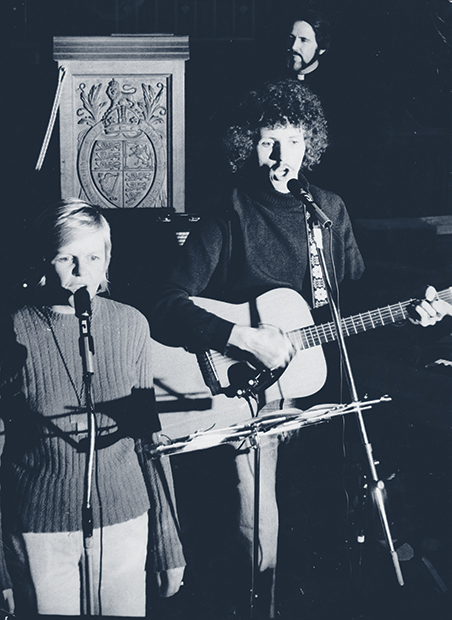 Robin and I started “going together” in Year 12 at Immanuel College, Adelaide, although we had known each other since we were seven. We started singing together straight away and continued to do so as we became involved in tertiary studies. The day after I finished Teachers College in 1969 we got married. We often sang in church coffee lounges. At Scots Church we were asked by Rod Jepson, minister and drummer, to be part of a band. This was the start of Kindekrist which we were part of for 28 years. We played regularly for monthly services at Scots Church and also at St Stephen’s Lutheran, Adelaide. Most of our repertoire came from the USA but Robin soon began to write new songs. Most weekends we were playing in churches of various denominations including some big “Rock Masses” in St Peter’s Cathedral in North Adelaide. Meanwhile I had started teaching and Robin was still studying – a bit! It was a very exciting time for us.

Robin finally finished Uni and started teaching and, in that year, 1973, we had our daughter Kristin – “Father Welcomes” was written for her baptism. Two years later we found out I was having twins. At this stage Kindekrist was going to disband, but then St Stephen’s offered Robin a job as a parish worker. Part of his job was organising the monthly student services so Kindekrist cranked up again. Jonathan and Thomas were born in 1975 – Robin wrote “Comfort, Comfort”, but that was for me as I was somewhat daunted by the prospect of a toddler and two newborns. Luckily I had some great baby-sitters and chose their godparents wisely. I stopped teaching for 10 years to be a full-time Mum.

We have continued to sing together for the 50 years of our marriage, although Robin has done quite a few solo tours to the eastern states while I kept earning the regular income. We were lucky to be invited to sing overseas – in America three times in the mid-90s. Neither Robin nor I are great promoters, but Robin’s music “escaped” to the USA – via Dave and Barb Anderson mainly. We have also visited Hong Kong, New Zealand and South Africa for singing tours, with some added sight-seeing, of course!

I’ve always been the first to hear his new songs and to be chief critic. Mostly I comment on the melody, rarely on the words, never on the theology, but I’m fierce about last lines! So many songs seem to have weak last lines as if the writer was sick of it and just wanted to finish! Luckily, Robin has usually been able to accept my points and tried to edit his songs. But he has always been such a hard taskmaster on himself that there was really not a lot for me to do. I’m probably “Number 1” fan!

For both of us, there was a strong concentration on community singing. Kindekrist did concerts but, for services, most of the music was for the congregation to sing. In the early days I often felt a bit lost as my voice was not a “rock voice”, more Judith Durham than Tina Turner! But it was perfect for leading a group of people, so I gradually accepted that as my role, while Robin had the voice to lead the rockier songs and an Afro to go with it!

In the late 70s, the Board for Congregational Life decided to publish a new “youth” songbook. This was the start of the “All Together” series. The first two books were handwritten, so hundreds of hours were spent drawing the notes on lines. I was a Junior Primary teacher with very neat printing, so I was soon writing, or transcribing, the words. St Stephens was a very forgiving congregation as Robin was so busy with this, often working till all hours of the night. Of course, soon people wanted recordings, so we bought a reel-to-reel tape recorder and we were off! Then there were another six books, the last two we personally put out as Lutheran Publishing House had ceased operating.

This year we both turned 70 and celebrated our 50th wedding anniversary. Our son Thom, who is a professional drummer in Melbourne, suggested we hold a concert to celebrate Robin’s songs. So … we collected some great musicians, deliberated at length about which songs were the best at representing Robin’s music and, on 24 August, we held the concert in Concordia College Chapel (Adelaide) with about 350 people in attendance. We raised close to $7,000 for Lutheran World Service. Unfortunately, I had a cold for two weeks before and, on that very day, developed a bad case of laryngitis and couldn’t sing. The concert was great, but I was (and am) very disappointed. Maybe we can do another one next year in another state!

When our son Jon started attending Concordia, he made a new friend from outside the Lutheran Church. They sang “Father Welcomes” in chapel during the first week and Jon said to his friend: “My Dad wrote that.” To which his friend replied, “Yeah, and my Dad’s Beethoven!”

Read about the 'Sing-Out' groups that toured around to congregations teaching them the 'new' songs in the "All-together…" song-books in this article: 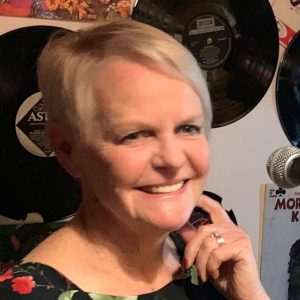 Dorothy is best known as wife and rock to Lutheran Singer-songwriter Robin Mann. She is a mum, grandma and has a beautiful singing voice!