Our National Anthem tells us that Australia is “girt by sea” but did you know that girt is an old-fashioned word for “encircled”? Hunt explains this with humorous overtones.

Did history classes at school bore you because you had to learn about the Tudors and the Stuarts rather than about Australia? Then read Girt and learn about Macarthur, a couple of Wentworths, Flinders and others.

Hunt informs us that Captain James Cook did not “discover” Botany Bay! He was a mere 40-year-old Lieutenant “of no particular note” at that stage of his career!

Do you know very little about the history of European settlement in Australia? Then read Girt and have a giggle at the way that Hunt presents our convict origins (unless of course you are a South Australian!). According to Hunt a lot of the convicts were transported for stealing “handkerchiefs”. Where is a Kleenex when you need it!

Do you know very little about the indigenous Australians of the Sydney region who were here to meet the First Fleet? Then read Girt and learn about the Aborigine named Bennelong who even travelled to England!

Do you know about Captain Bligh and the “Mutiny on the Bounty”? Then read Girt and discover that Bligh later became Governor of NSW and he had a few more mutinies on his hands including the “Rum Rebellion”. Seems like he was a person who knew how to rub people up the wrong way.

Do you know about the Scotsman called Governor Macquarie who liked to name things after himself? Then read Girt and Hunt’s outline of his notable achievements. Macquarie was responsible for building Sydney’s first hospital. It was a joint enterprise between private investors and government. For their financial contribution, the private investors were permitted to import cheap rum and sell it at a great profit! As a result, the building became known as the Rum Hospital but, unfortunately, they forgot to include toilets in the building! Today that building is the NSW Parliament House – with a few renovations along the way. Now that’s funny!

Hunt’s book entitled Girt, leads the reader chuckling through the early European development of Australia and ends with the achievements of Governor Macquarie, his death and the official naming of this country “Australia” rather than New Holland! He provides witty sub-notes throughout the text that are a “must read”.

Girt is largely about NSW, but if you wish to learn about how the other states came to be, there is a sequel, True Girt, that brings the story of European settlement up to the time of Federation. It is just as entertaining and well worth a read. 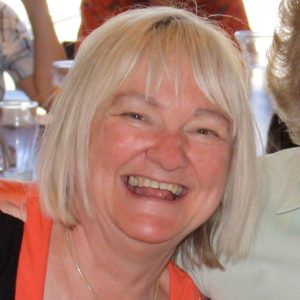 Erica and her husband, Larry, attend Langmeil Lutheran Church in Tanunda, where she is a Pastoral Carer, serves communion, sings in a music group, gives Children's Addresses and is on the nominations committee.

This website uses cookies to improve your experience navigating our site. By continuing to browse, you are agreeing to our use of cookies.Ok, I understand