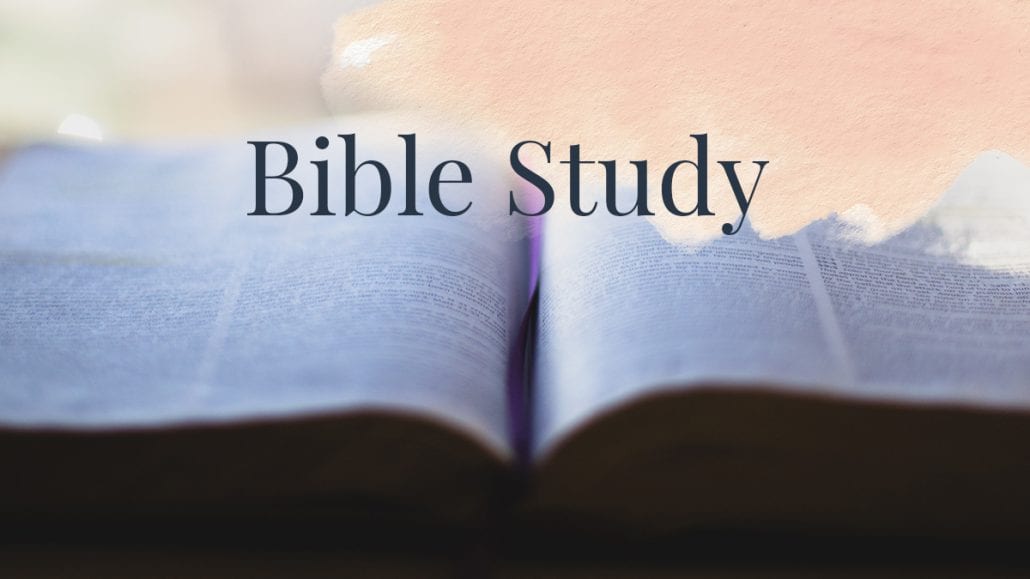 Dear sisters in Christ: The December Bible Study is the first of two Bible Studies prepared for presentation in Horsham, Victoria, at the 2021 Lutheran Women of Australia Convention under the theme, Being Strong in the Lord. This study focuses on “The Strength of the Lord”, and, hence, from whom the Christian soldier’s strength originates. The January Bible Study focuses on the “Armour of God”, that is, the equipment God issues to each and every Christian, so that they may stand their ground.

In the name of the Father and of the † Son and of the Holy Spirit. Amen.

I love you, Lord, my strength. The Lord is my rock, my fortress and my deliverer; my God is my rock, in whom I take refuge, my shield and the horn of my salvation, my stronghold (Psalm 18:1,2 NIVUK).

We pray: Enlighten our minds, O Lord, by the Spirit who proceeds from you, so that, as your Son has promised, we may be led into all truth, through Jesus Christ our Lord. Amen.

The above confession of faith and devotion of David to the Lord God is recorded twice in the Bible (Psalm 18:1,2 and 2 Samuel 22:2,3.) The immediate context in which these words were penned was that David had been delivered from the hands of his enemies and from the hand of Saul.

When you read the whole Psalm in either 2 Samuel 22 or Psalm 18 (which I suggest you do), it is impossible to miss the multiple imagery employed to describe the strength, even military strength, of the Lord God Almighty. With a quick survey of the most popular English translations, we find David employing, sometimes more than once, the following images to describe God: Rock, Fortress, Deliverer, Refuge, Shield, Horn (animal’s sign of strength), Stronghold and Saviour. Other words and phrases employed continue the imagery: arrow, bow, blast of breath, rescuer, support, security and avenger. Each in its own way describes God’s strength, that is, his mighty power to save and protect you.

As the presenter of this Bible Study at Convention, I was looking forwards to personally introducing this study with an interactive slide show. Because I wanted to focus on just one of the multiple images that portrays the Lord God Almighty’s strength, I was going to project photographs of the Great Wall of China and various well known European and English castles. I would have asked you to identify and name them (maybe with a lolly as a prize), all in order to get you thinking about the strongholds humans have built in order to keep nations, royalty, wealth and treasures safe. I would have also asked you other questions, such as:

“Where are they most commonly built?”

“What advantages do they provide for their occupants/treasures housed within their walls?”

There are various Old Testament words that convey what we would understand as “stronghold”. English translations of the Bible translate these words variously as: “stronghold”, “high tower”, “place of safety”, “shelter”, and “refuge”. At their root, they derive from the word for “cliff”.

What is the Great Wall of China built upon?

Upon what are perched most castles and fortresses?

Now add to this height advantage the nature of the architecture of a castle/castle-like wall. Picture in your mind’s eye a typical medieval castle. If you have an iPad or computer handy, search up www.visualdictionaryonline.com/arts-architecture/architecture/castle.php for a visual aid.

Good luck ever getting into the Castle proper, let alone penetrating the “Keep” (the final stronghold in the event of an attack)! For the Castle proper is protected by, not only rings of defence, but also heights of defence! Towering upwards are its corner towers, flanking towers, turrets, parapets, bartizans (sentry boxes), battlements, curtain walls, and brattices (balconies). Pushing outwards are its ramparts, moat, list (no man’s land) and outer stockade fence. Now add to these defences the offensive weapons of the soldiers that will be firing and pouring down upon you!

David was, time and time again, delivered from danger and death. No wonder he likened the Lord his God to this kind of imposing structure!

Throughout the Psalter, David employs the Hebrew word (pronounced – m’tzoo-dah) to describe the strength of the Lord God Almighty.

This word also occurs in Psalms 66:11; 71:3 and 91:2. The Sons of Korah also employ it in Psalm 43:2. What better defence and fortification is there against an opposing threat to your life than a stronghold towering above the landscape?

Yet while we have this picture in our minds of the Lord our God as a sure defence and help in times of trouble, we must not forget about considering the King who would come from David’s line. It’s quite the contrast! However, the same amount of safety and security is found, not only in the kingdom’s castle, as David poetically paints it, but in the King Himself.

Castles are grand and imposing structures, yet he who has the right to the throne is unimpressive. Every Good Friday we hear the following about the King who fights for us (Read Isaiah 52:13 – 53:12). The King came down from his heavenly heights (Read John 1:14), stood down his ring of protection (Read Matthew 26:53), and marched unarmed into the hands of his enemies. There on another brow of a hill, a hill named Golgotha, the King of kings laid down his life for you. He was delivered over to death for our sins and was raised to life for our justification (Romans 4:25).

You are baptised into this King’s kingdom and now share, by grace through faith, in his inheritance. The King has been so gracious as to declare, “What’s mine is yours, and what’s yours is mine”, both in our Justification and Sanctification.

And now to neatly segue into the second Bible Study, I close with this thought. Each of us, according to the King’s gift-gracing, are now stationed at the Kingdom’s corner towers, flanking towers, turrets, parapets, bartizans, battlements, curtain walls, and brattices.

We pray the Lord’s Prayer. 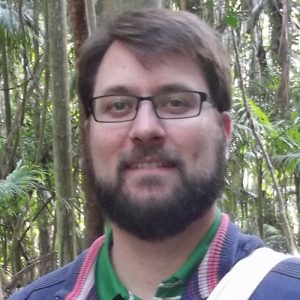 I am married to Katie, and we have four children, James, Benjamin, Margrethe and Helena. Being a Queenslander by birth and baptised as a three-month-old at St Paul’s Toowoomba, my faith in Christ was strongly nurtured at Concordia College, Toowoomba. Completing a Bachelor of Science at the University of Southern Queensland led to work in the field of Plant Breeding for the then Department of Primary Industries. Becoming incessantly restless in 2002, I began investigating the process to apply to study for the Ordained Ministry at Australian Lutheran College. Upon graduating from ALC in 2008, I was assigned to the Grampians Parish in Western Victoria, where I still serve.