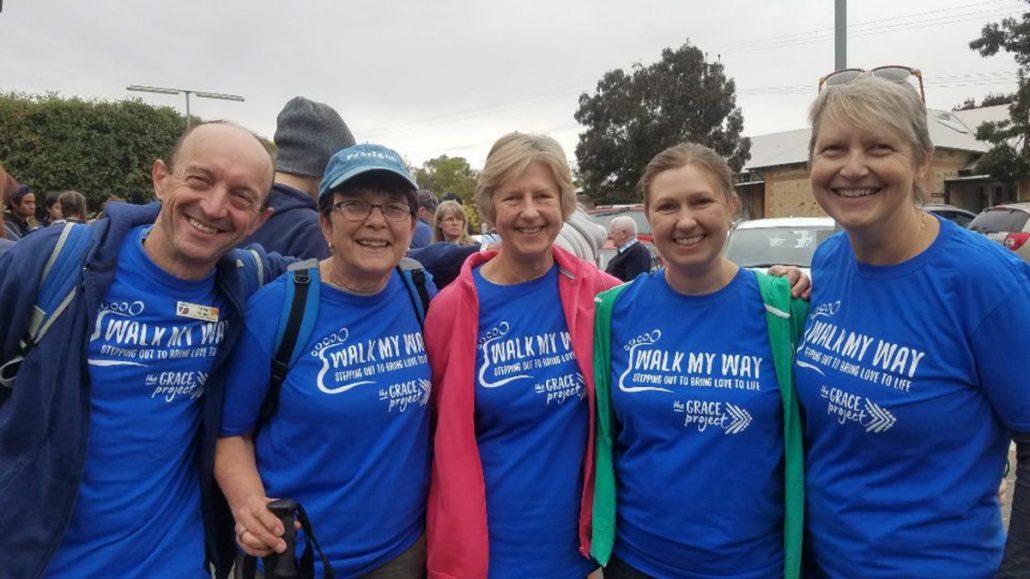 I had often heard the stories of the early German settlers (mostly women) walking all the way from Hahndorf to Adelaide (26 kms) to sell their produce.

“Wow”, I thought. If they could do it loaded with potatoes, corn, cream etc. surely it couldn’t be too difficult. And since I love walking and really admire the work of Australian Lutheran World Service (ALWS), I was keen to give “Walk My Way” a go. I canvassed for fellow walkers and support at my church, St Petri Nuriootpa, amongst family and friends.

We were a small enthusiastic group of five who hiked the entire track and three who started out at Stirling to trek 12 kms.

The breakfast, at St Michael’s Church Hahndorf, was just what was needed after an early morning drive from the Barossa. The send-off service was quite inspirational and included hearing from an African refugee who had walked across several countries to safety, and then finally freedom in Australia. Robin and Dorothy Mann sang a specially written song prior to also taking to the track. We all received a beautifully sewn, brightly coloured bag (made by the Adelaide Lutheran Community sewing group) containing a few emergency supplies – it is now my library bag.

All attired in blue T shirts, we finally set out on this beautiful, mainly overcast, autumn day. It was perfect for walking! The walk itself took us along roadsides and built up areas initially, then on through a conservation park. The path was clearly marked “Pioneer Women’s Walk”, plus the occasional orange ribbon around a tree for reassurance that we were headed in the right direction.

When we arrived halfway at Stirling, we enjoyed a brief rest and sausage sizzle and an opportunity to re-stock our water supply.

I have to commend the organisation of the whole day. We had to pass through six stations where we were given a card telling the story of the pioneers. We were checked off at these stations, presumably to make sure no-one got lost along the way.

The descent down the hills, past a golf course, along a narrow goat track with a great view of the city of Adelaide was quite spectacular. I did manage to slip on some gravel at one point and hit the ground, only damaging my ego!

At last, the end was in sight after five and a half hours of determined trekking, great company, lots of laughs and a few blisters, but much satisfaction at the accomplishment. Above all, admiration for our pioneer ancestors who made this trek repeatedly all those years ago. At completion of the walk we collapsed under a tree and enjoyed another sausage sizzle.

We praise God for all who have gone before us and give thanks for ALWS’s ability to provide opportunity for education in refugee camps. And a big thank you for all who supported our walk. Over 300 people participated in the walk and a large number were involved in supporting the walkers. 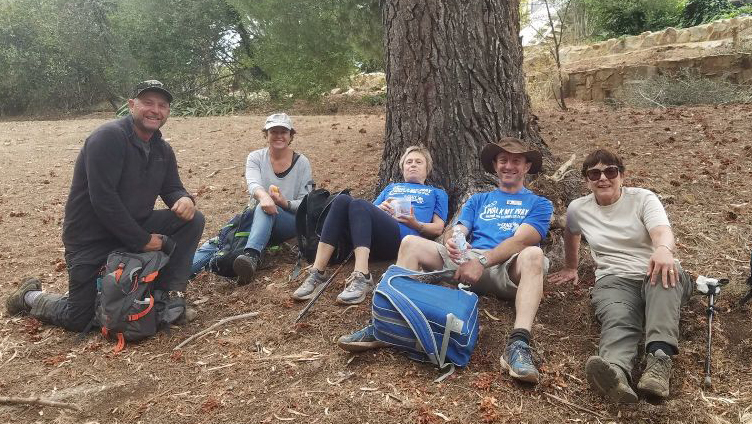 The people lying exhausted under a tree at the end of the walk are James Hage, Jo Hage, Janet Grosser, Greg Minge and Jenny Wood. 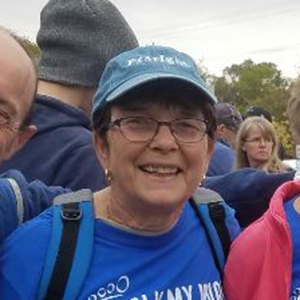 Jenny is a member at St Petri, Nuriootpa.