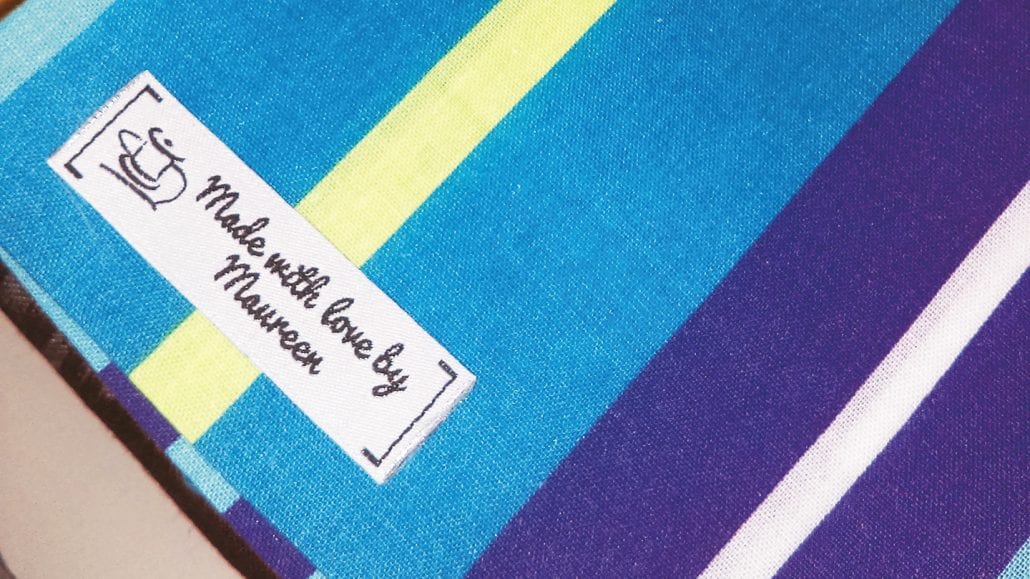 In 2018, LWSA-NT had their convention at Victor Harbor, which I attended. A report in the LWSA-NT Tidings newsletter said that Alice Springs Lutheran Community Care (LCC) Op Shop were giving away homemade fabric bags to people with their items purchased from the Op shop. I did not give this a lot of thought until I visited a craft market on the Fleurieu Peninsula, where a stall had bags made from Op shop pillowcases. They looked simple and easy to make. Just right for me to make while caravanning. 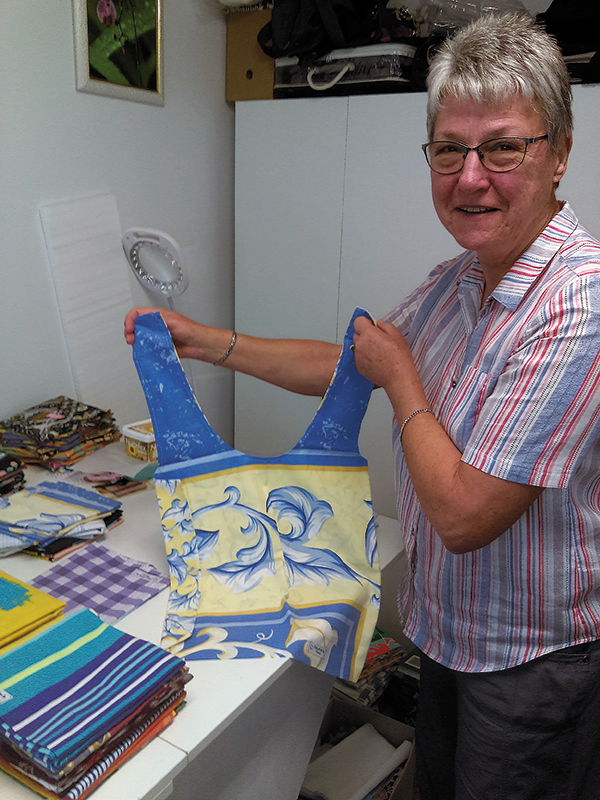 Maureen displays a completed bag and piles of bags ready to go.

Subsequently, I made 100 bags from pillowcases purchased from local Op shops. Previously, Op shops were not really my thing. A long story made short, was that the bags did eventually arrive at Alice Springs, but the co-ordinator had left, and the staff were unsure what to do about them. I indicated that the bags were to be given away.

My Ladies Guild took an interest in my project and offered $100 to help purchase pillowcases which paid for 198 pillowcases and the $10 freight to Alice Springs. I would often bargain on the price for buying bulk lots. Blair Athol (Adelaide) LCC Op Shop also benefitted.

Quilt covers, bed sheets and pillowcases end up as bags. I am sure that when some of these bedding items were used, they had to wear sunglasses to bed because they were so bright and colourful!

Op shops are now in my sights. There seems to be plenty of bed linen in the shops at a very reasonable price. A lot of it does not appear to be used very much, if at all. Perhaps the purchaser changed their minds when they got it home. I visited an Op shop in Cohuna, Victoria, as I read that it was a very good shop to visit. I had picked out a few pieces when the staff said, “As much as you can fit in a bag will cost you $10”. Well, my husband and I did not have a bag to fill, so it was suggested to fill a pillowcase. So, we did. I got 68 bags for only $10. Both of us had to carry it back to the caravan.

A sewing machine and overlocker accompany me when caravanning and they get well used, even when camping without 240v power. My husband lets me sew, using an inverter, in the afternoons when there is plenty of sun. There was a time I ran out of cotton and could not finish some of the bags. The manager of the park, where we were staying, saw what I was doing, and went and got one of her reels of cotton enabling me to finish off. I gave her a bag as thanks for her support. 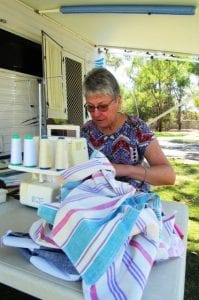 Maureen takes her overlocker with her when she goes caravanning.

I make the bags usually in batches of ten and will take ten or twenty bags into an Op shop when we are travelling and donate them. Often when the staff find out the reason that I am making the bags, they tell me to pick out some linen from their stock. That is really good.

A friend suggested that I should put my name on the bags. After thinking about this, I had tags made to attach to each bag. The tag says, “Made with love by Maureen”.

A friend who works in a local Op shop got to hear about the bags and brings me pillowcases which are made into bags, then given back to them to either give away or sell. The feedback is the bags are very much sought after. Several people have also donated linen and material which I appreciate.

To date, over 400 bags have been made and donated. It takes about 35 minutes to make a bag from start to finish. Lutheran Women of Western Australia heard about my bags and requested 100 bags for their 50thAnniversary Convention in May 2019.

It is a way that I can show God’s love.

Made with love by Maureen. 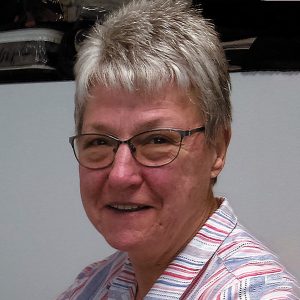 Maureen is part of the editorial team for Lutheran Women and is a member at St Petri Lutheran Church, Nuriootpa SA.